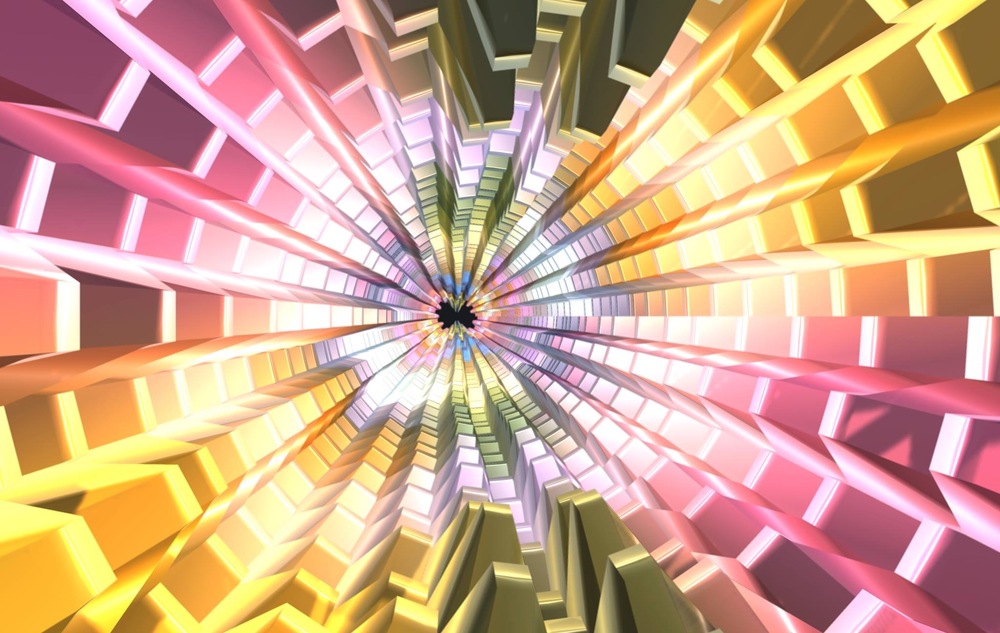 VR Sound World is about exploring new sensory experiences that we can have using new media technologies such as virtual reality. The project builds on previous music visualisation work, and adds a whole new dimension of full-body high-fidelity haptic vibration provided colleagues at Embodied Media, Keio Media Design. The virtual environment consists of a succession of interactive environments made up using procedural meshes that respond to music. A natural mapping between sound and colour enhances immersion and presence by presenting consistent stimuli in visual and audial sensory channels, creating a world where our senses are hyper-connected, inspired by synesthesia. While the sound creates the geometries and colours in the kaleidoscopic environment, the geometries in turn reach out and touch the user's body causing vibrational stimuli to add another sensory channel by which the reality of the world becomes objective in the mind of the user. The result is a level of sensory integration not possible even in reality.